Posted on February 16, 2011 by kittyreporter 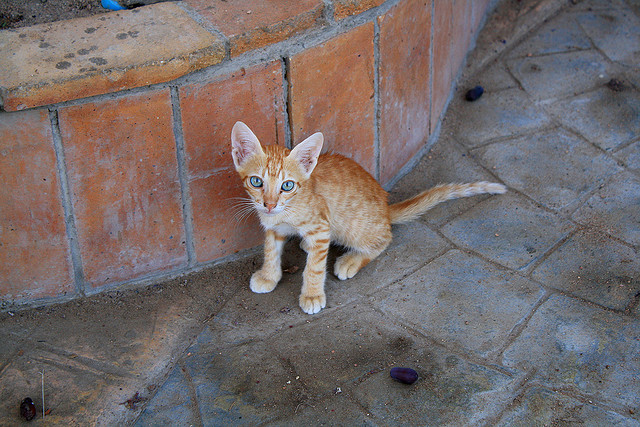 Egyptian kitten asks, "When will Middle East Youth get a good education to better prepare them to meet challenges, and who will help them have good job opportunities?" Photo Credit: Egyptian kitten in Dahab by plusgood on flickr cc

What are the Factors that Drive Arab Youth into Terrorist Organizations?

Recently there was a report on National Public Radio from American Abroad Media (AAM) called “Overlooked and Underpaid: Arab Youth in Today’s Economy” regarding the vicious cycle of lack of education of youth and no jobs in the middle east that leads to more youth being lured into terrorist groups.

As the Program Overview states on the AAM website:

At best, unemployment and flagging Arab economies lead to a generation of bored and frustrated youth. At worst, economic conditions create a breeding ground for extremism and instability.

These poor kids have little or no job prospects because many Middle East countries are cutting public jobs before the private sector creates new ones. Some corporations reject Arab youth because they think their critical thinking skills lag behind youth educated overseas.

The American Abroad Media program reveals that many young people (ages 15-24) in places like Yemen do nothing all day due to lack of jobs and educational opportunities. Then we wonder why we have a problem with terrorists.

When you have the combination of youth who have little or no education plus no job prospects, this could breed hopelessness and frustration. When the Youth seek meaning and purpose in their lives what options do they have? Who will help Middle Eastern Youth choose a peaceful path?

If we understand the problems contributing to young terrorists, what can the global community do to help these Youth make better life choices?

What is being done about this problem? 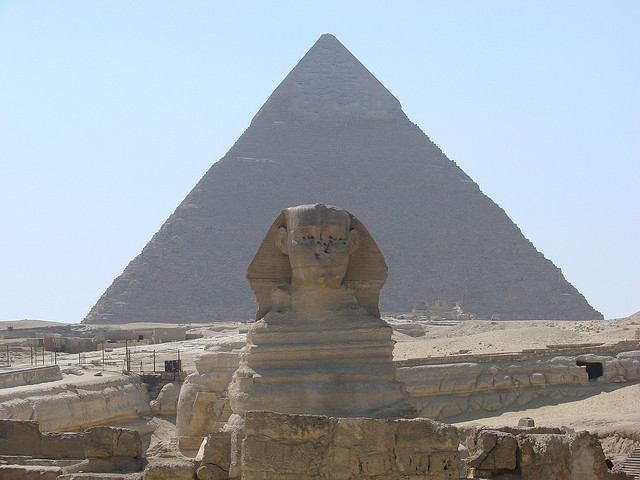 Big Catlike Sphinx wants a better future for Middle Eastern Youth to prevent them from being terrorists. Photo Credit: Sphinx and Pyramid by watchsmart on flickr cc

According to an article by Samantha Constant and Mary Kraetsch of the Middle East Youth Initiative of the Wolfensohn Center for Development, “Taking Stock of the Youth Challenge in the Middle East.”

While educational attainment has increased, educational quality in the region’s schools is generally poor and students leave school without the skills and knowledge needed to succeed in the job market. Poor education quality is a consequence of educational tracking systems and a reliance on high-stakes tests for university admission. This results in a system of education that promotes rote learning and memorization rather than the development of critical thinking and problem solving skills.[5]

See this Interactive Map of the Youth, Education & Jobs in the Middle East by the Brookings Institution.

First: This is a global problem because terrorists can do damage anywhere around the world. Therefore, it is an issue that every country needs to solve. If it is addressed piecemeal than the results will be less effective. However, if a commission is set up through the United Nations, to help countries that need assistance in putting more resources towards secular education, this would help alleviate the problem of Youth being attracted to terrorism.

A Debate on Youth and Education in the Arab World

The above video is a heated debate between two Arabs, Ahmad al-Shater, Chairman of the Arab Students’ Union and Syrian author Nidhal Naisa. They discuss youth and education in the Arab World. Please watch to the end and you will see that there are Arabs very concerned about the need to educate Youth to have a broader view of life and to be more tolerant of people different from themselves:

…If these people had been brought up in an environment supporting human rights and love for the “other,” an environment that glorifies love and brotherhood, rather than killing, we wouldn’t be seeing these…People have turned into time bombs. Why? Because the horizons of these people are blocked.

Dr. Faysal, the ruling authorities, the current dictatorships, have a monopoly on power, on politics, on natural resources, and on everything.

…It is the nature of human beings to love life, but the blocked horizons, the persecution, the oppression, and the exploitation turn a human being into a time bomb, and make him blow himself up (in order to kill) the “other.” The culture of hostility towards the “other” is what has caused this.

What do you have to say about the 70 million illiterate…Most of whom are youth…They are all youth, and they are unemployed.

…When a person realizes that he is illiterate and jobless, what is left for him to do? There is a horrible decline in values and knowledge, Dr. Faysal.

If the young people who are the future leaders of the world are well-educated and become capable of creatively solving challenging problems, then that is the first step to helping young people break the cycle of getting involved with terrorist groups.

Then, it is important that these youth have dignified job opportunities. It is up to the world community to find ways to create meaningful work opportunities for youth. It is an excuse to say it should only be left up to the private sector. New thinking is needed to address the complex problems confronting humanity at this time and especially the future leaders in every country who are our young people today.

Hiding behind inflexible ideological positions for any party at this time in the U.S. will cause gridlock. Everyone can agree that the world would be better off if there were no terrorists.

It is up to the present leaders in each country to concretely help the Youth of their country have hope for the future by getting a good education and having good jobs. It is key to remember that young people are the future and we must do everything we can to support their positive development. 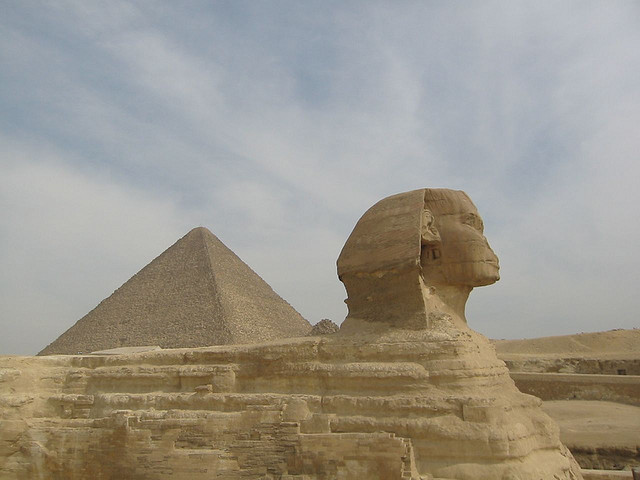 The Sphinx looks towards hopeful future for Egypt and the Middle East for the manifestation of true democracy for all people and respect for human rights. Credit: Sphinx of Giza (2005-05-290) by Argenberg on Flickr cc