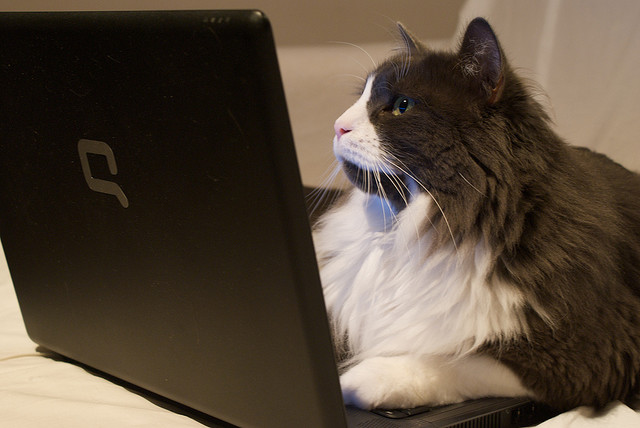 What happened to all those electronic ballots? Photo credit: Just browsing by Wilson Afonso of flickr cc

Shelby County’s Vote Tallies Do Not Add Up for August 5, 2010 Election

In addition, recent news items claiming people who commit voter fraud would be prosecuted and put in jail scared many eligible voters from challenging election officials who incorrectly said the poll book indicated they had already voted.

What are election officials in Shelby County doing about it? They are backpeddling claiming it was all due to a little error of inserting the wrong elections database from May 2010 into the poll book that showed that people had already voted. What???

Was Shelby County the only place where this happened in Tennessee?

“A mess… A total breakdown between election officials and the guys auditing the election.”

In the above video former election commissioner, Shep Wilburn, said:

“We found in our election contest something called a manual override which allows the person taking the downloads of the electronic votes to be able to go in and manually alter, change and modify the totals.”

I found the phantom voters, they went in here! Photo credit: ezimba-web-Blends Cat on Computer by krossbow on flickr cc

When AfterThePress.com interviewed Richard Holden, Administrator of Elections in Shelby County, and asked him if people are losing confidence in the election system in the county due to abberations in the recent election. Holden said:

“I think there’s a tiny group of activists that would like the voters to lose confidence in them.”

The so-called “tiny group of activists” Holden tries to put down as fringe-type folks are far from that. Ten candidates who ran in the August 5th election filed suit against Shelby County for mismanagement of the election.

Holden also thinks it is perfectly OK to have paperless electronic voting machines that cannot be cross-checked with a paper ballot. Holden’s reasoning, he thinks it will be too expensive to use paper.

Instead of using paper poll books where people sign in to each polling station, Shelby County, TN used electronic poll books in its August 2010 primary election.

Can electronic poll books be manipulated in an election to disenfranchise voters?

These poll books use electronic databases with no paper to confirm a voters eligibility when they check into the polls.

One thing for certain, at least 5,400 people were improperly turned away from exercising their vote on election day in Shelby County, Tennessee because the computerized poll books incorrectly claimed they had already voted.

Election integrity sleuth Beverly Harris of Blackboxvoting.org, discovered that the “wrong poll book database” was not from May as Shelby county election officials claimed. Instead it was a strange hybrid of the May database poll book information plus something else still to be fully deciphered.

In addition, Bev Harris explains that there were numerous occurrences of unusual computer access to the central election computer in the wee hours of August 12th after the election as shown here. It appears that someone manually altered something on the election servers. Was that the vote totals? Also, somehow, even though there are surveillance cameras in the Shelby County election building, that piece of tape was missing from the lawsuit. Shelby officials did not provide it.

Where is the major media when you need them!

Harris said it could be the beginning of “database wars” in elections where county officials will claim they must have put in the wrong database and that’s why so many people could not vote or why strange votes showed up here and there and everywhere.

Who Will Demand Accurate Elections?

Many democrats and republicans sometimes become all wimpy about elections. Unfortunately,  some of these politicians don’t want to be accused of sour grapes. They may feel pressure from their party to not confront the problem which could reveal a bigger can of electronic election worms with our crazy crazy electronic voting machines and electronic poll books. These things are mucho mucho hackable – in a matter of minutes, seconds.

Also, when you have some people on the bench that just want the problem to go away because they don’t want to mess up their judicial careers, then how can people who file a reasonable lawsuit get justice? The courts should protect voters right to manipulation-free elections, not aid in the cover-up by implying there is nothing to see here….so move along.

Here’s the real issue – follow the electronic trail – especially when there is no real paper trail to speak of.

However, in the Shelby County situation, according to Blackboxvoting.org and Beverly Harris, she thinks the Shelby county debacle could be a trial balloon.

It would only take messing up a limited number of counties somewhere in the U.S. for a certain party to regain power in the House and Senate.

Let’s keep our eye on the ball people. We must insure that U.S. elections in every county across the nation are accurate, safe and secure. Electronic poll books can be manipulated to disenfranchize voters and also to create phantom voters and votes as seemed to appear in Shelby County.

According to the lawsuit filed against Shelby County, the certified election results of Shelby County election of August 5, 2010 showed that there were 6,802 phantom voters. There were more votes than people who actually voted. Hello!

Let’s look under all the rocks to make sure little electronic worms are found and removed so our midterm elections on Nov. 2 are free from the real potential election fraud —- electronic election fraud.