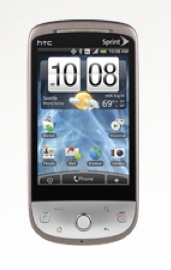 HTC Hero Sprint not yet totally hands-free voice activated! Why?

It’s not easy getting an HTC EVO droid. Instead, some folks are buying the Sprint HTC Hero. However, for anyone driving in California, it turns out this droid is not really a hands-free voice-activated phone.

Here is a piece of a thread from the HTC Forums about the HTC Hero and its lack of hands-free voice-activated capability:

Community.htc.com forums about HTC Hero by Sprint with no current hands-free voice-activation dialing or bluetooth capability. Is there a software upgrade in the words to fix this?

Cell Phone Police Kitty says, "Is your phone hands-free?" Photo Credit: On the window, a balancing act by photogirl7 on flickr cc

Unless there is a software upgrade to fix this unfortunate glitch in the HTC Hero droid phone, the Hero cannot be used while driving in California because it is not hands-free.

In order to activate the voice-activation capability in the HTC Hero phone, the user has to find the app on the phone and tap it. Now isn’t this silly?

HTC in its 2.2 Android software for the EVO now includes the hands-free voice-activation capability. However, the HTC Hero does not have this software upgrade — yet.

HTC and other phone hardware and software developers would create happier customers if they made it easier for their customers to use their droid phones in a hands-free mode – especially while driving a vehicle in California.

And for all you folks in other states or parts of the world visiting California, if you drive in California, you are also liable for a ticket and fine if you use your non-hands-free droid phone while driving.

Many states are implementing strict laws to restrict cell phone usage including texting while driving.

As of August 2010 the Governors Highway Safety Association listed all the states (8) and other districts and commonwealths that prohibit hand-held cell phones while driving:

For some strange reason HTC decided to create a great phone with the inability — at least to date, maybe they will change the software– to make phone calls without touching the screen!

That means, this phone cannot be used on California highways unless the user flirts with getting slapped with a big fat ticket and a fine.

With so many statistics showing the dangers of driving and texting or driving and talking on a phone, you would think the cell phone industry would have the foresight to create their newer generations of phones already capable of being hands-free voice-activated directly or with a bluetooth device. However, many new droids currently on the market do not have that capability.

Should Hands-Free Voice-Activated Cell Phones be the Industry Standard?

Yes, yes and yes. What will it take for the cell phone industry to make this happen?